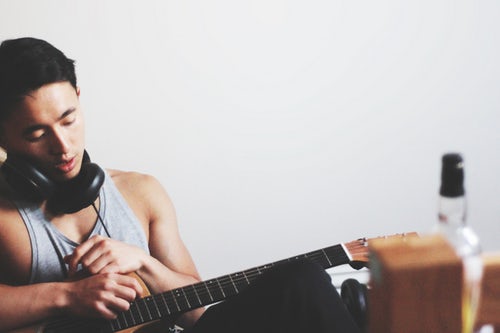 Why Drugs and Alcohol Make Bad Ways to Cope with Trauma

A man must be strong at all times. A man is not to show that he’s hurting. A man is to “tighten up”. Boys will be boys. Drinking is how you deal with hard times. Drugs are fine to let loose. These are the messages men are brought up hearing. And it is such messages during our socialization that have a potential of making our lives a downward spiral when also dealing with psychological trauma.

How We Were Brought up to Self-Destruct

Men are not immune to trauma. We can be a victim of abuse, bullying, domestic violence, war, or natural disaster. Trauma can have detrimental consequences to our sense of well being. Symptoms can range from maladaptive beliefs about ourselves and the world to the full-blown post-traumatic stress disorder, men experience all sorts of effects of a traumatic event.

However, what separates men from women, is the disapproval that the society expresses regarding an open presentation of post-traumatic symptoms from men. In other words, it is acceptable for women to cry, to be emotional, to show their sorrow, fear, or depression.

The same is frowned upon when it comes to men. Female survivors of trauma are cared for, the community shows sympathy and understanding. They are allowed a time to recuperate, and no one takes it against them if they break down and cry, or hideaway. If a man was to do the same, one can only imagine the ridicule or spite they would have to bear with, adding to the burden of the trauma itself.

Men were brought up to suck it up. We were taught not to show fear, sadness, not to be affected by much. We were raised to look up to an ideal of a sturdy, stoic who never loses his cool. The John Wayne type.

However, we aren’t robots. This rigid form of masculinity is a mere social construction. It’s got little to do with the reality of how a human being feels, including men. Yet, we go about our lives trying to pretend we have complete control over whatever happens to us and within us.

All of this contributes to a harmful post-traumatic situation in which a man finds himself. The reality is men can be hurt by trauma just like our female counterparts. And a man also needs to address his feelings somehow. Nonetheless, when we subscribe to the view that “boys don’t cry”, we must find alternatives to crying, withdrawing, being terrified. We can’t show those feelings to anyone. And we most often can’t admit them to ourselves either. Which is why many men reach out to alcohol or drugs in an attempt to cope.

Substance use is a complex issue, one that can’t be fully explained by any one event or cause. However, empirical findings indicate that among survivors of a trauma there are more addicts than among those who did not have such experience. In other words, and not unexpectedly, when a person goes through a traumatic event, they tend to develop an addiction more easily. This is especially true for those who did not receive an expert’s assistance in resolving their trauma.

Men are especially prone to this manipulative way of coping with stress and emotional burden of a trauma. Why is this so? Apart from the reluctance to show (or accept) emotions and “weakness”, men also tend not to seek professional help from a psychotherapist. The reasons are pretty much the same – asking for help is a sign of weakness, and men are raised to avoid such behavior.

However, even though indulging in a glass of wine or beer every once in a while, does not have any significant consequences, in general, alcohol and drugs are one of the worst ways to try and cope with trauma. As a matter of fact, although men seek to numb their negative feelings with drugs and alcohol, the effects might be the opposite. The mechanisms of the workings of psychoactive substances are far too complex to discuss in one blog post. The short answer we give clients is that “alcohol, drugs and trauma are like throwing gas and a fire.” Alcohol and drug abuse cause depression and anxiety, they do not present reduce or cure emotional problems. We have all seen how intoxicated people tend to act in such a manner that causes them more and more problems. And, consequently, more and more hurt.

If you seek treat flashbacks, intrusive thoughts of the trauma and shame with alcohol or drugs, but things will get worse. You might experience momentary relief. But, they don’t solve anything. Drugs and alcohol don’t bring closure, they even don’t liberate you from your emotions. It’s all there waiting for you the second you get sober. Therefore, treating the trauma with a professional psychotherapist is a effective and healthy way to resolve trauma. Psychotherapy is the best way to tackle post-traumatic feelings, doubts, and thoughts.

At Denver Men’s Therapy, we specialize in treating trauma and addictions.

We use EMDR therapy which is a very effective and non-invasive treatment for PTSD, complex trauma and addictions.